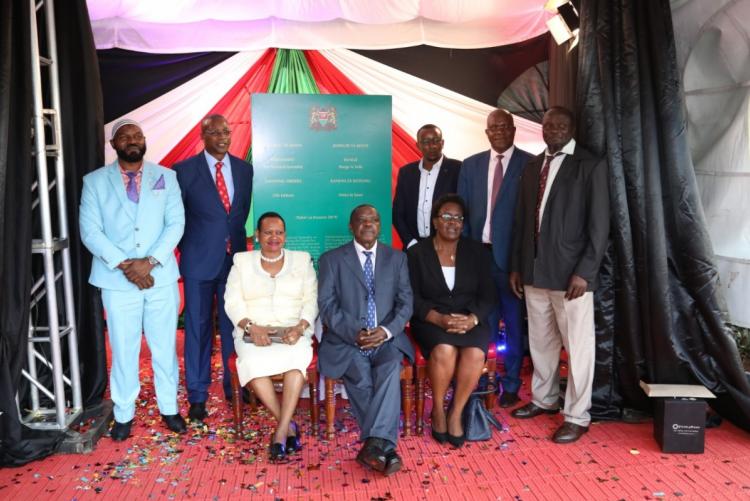 Department of Kiswahili experts led by Prof. Iribe Mwangi were part of the task force that developed Kiswahili and Bi-Lingual versions of the National Assembly Standing Orders.

“This is the second major milestone towards the use of Kiswahili parliamentary proceedings after the first one in 1974 which was undertaken following a directive from the founding father of the nation Mzee Jomo Kenyatta,” revealed Hon. Justin Muturi, the Speaker of the National Assembly. “The Kiswahili terminologies had to match the English version of the same in respect to legal meanings and this made the task difficult but the team ensured they lived to deliver the document.”

“As is normal with most legal documents, the English version of the Standing Orders has many long and arduous sentences which make drafting and understanding complicated. These long sentences proved challenging during translation,” explains Prof. Iribe Mwangi.

“Our task involved remaining as faithful as possible to the original version given the confusion a departure would cause. We learnt that many words have very specific meaning in legislative language and we had discussions on words considered normal such as ‘table.’ Because of these peculiarities, some translations may not appear normal to a Kiswahili speaker, but the gist of the meaning had to be retained.”