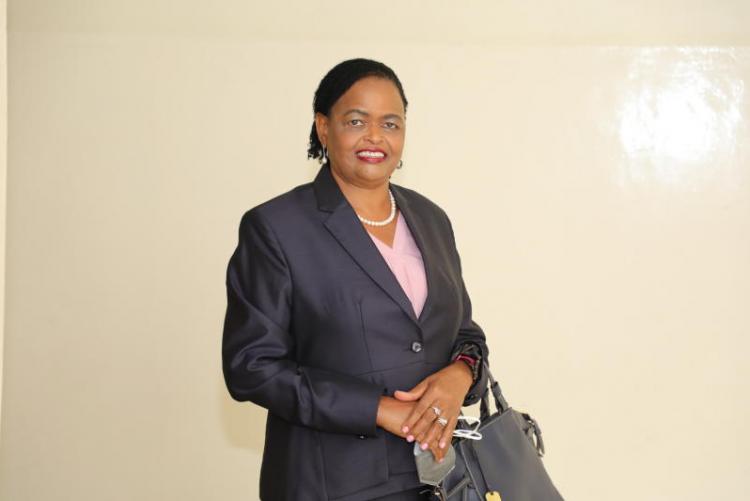 Lady Justice Koome Martha Karambu has made history after being nominated as the first woman Chief Justice of the Republic of Kenya.

Justice Koome graduated with a Bachelor of Laws degree from the UoN in 1986 and thereafter went to serve in various distinguished positions in private and public service.

Justice Koome was appointed Judge of the Court of Appeal in January 2012. Prior to the appointment to the Court of Appeal, she served as Puine Judge for 8+ years and practiced law for 15 years. She has a total of twenty-six years’ experience both as a legal practitioner and a Judge of the High Court and as Judge of The Court of Appeal. Justice Koome began her legal career in private practice in 1988, where she succeeded in running one of the most successful women’s law firms at the time. While in private practice, Judge Koome distinguished herself as a defender of Human Rights concentrating specifically on Gender Rights. She represented political detainees and persons charged with politically instigated offenses during the volatile period of one-party rule. She was one of the lawyers who actively participated in the clamour for the repeal of section 2A of the Constitution and for the Independence of the judiciary.

Justice Koome beat off competition from nine other candidates, including judges, prominent lawyers in private practice and law scholars, to be picked by the Judicial Service Commission (JSC) to become Kenya’s first female Chief Justice.

The Judicial Service Commission has forwarded her name to President Uhuru Kenyatta for appointment.  Justice Koome’s appointment is one among many success stories from the school of law alumni who have had distinguished careers across the world.