The University of Nairobi community led by the Chancellor, Dr. Vijoo Rattansi led staff and students in celebrating the International Day against Drug Abuse and Illicit Trafficking (IDADA) on June, 25. 2021 in an event that was held online due to COVID19 restrictions. 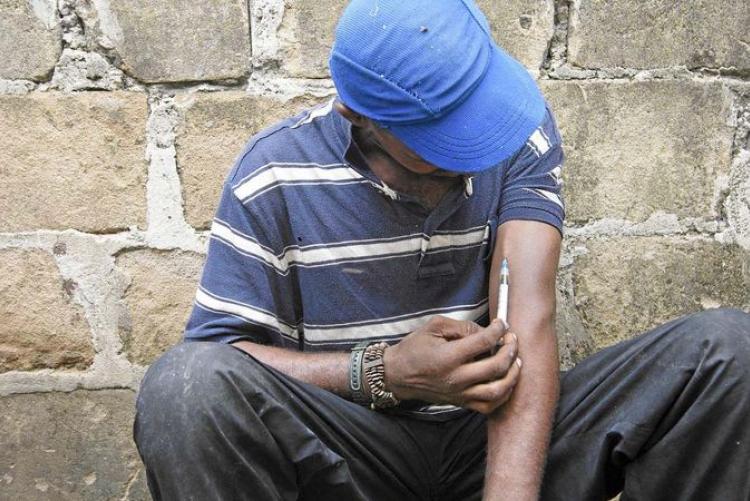 Speaking during the online event, Dr. Rattansi observed that Drug abuse and illicit trafficking continue to have a profoundly negative impact on development and stability across the world. “This problem is common among the youth, especially teenagers and young adults. These means alcohol and drug abuse (ADA) mainly affects economically productive people.  Teenagers and young adults usually start abusing drugs as a result of peer pressure, experimentation and misplaced perception of what drugs can do for an individual and media depiction of drugs use as fun and harmless,” she said.

She added further that, the lives and career progression of these groups of people are destroyed by truant behavior that precipitates from abuse which manifests in the form of absconding from learning institutions or death through drug-related accidents. Smoking has long lasting sequel problems including lung cancer.

In her concluding remarks, Dr. Rattansi opined that “We need to protect our children, families and societies from this menace hence the importance of this year’s theme: ‘Give Facts Save Lives’.

University of Nairobi Vice Chancellor, Prof. Stephen Kiama on his part, observed that drug abuse remains a major challenge to humanity and a poison to the well-being of the youth in particular, posing problems to the socio-economic, political stability and is a threat to sustainable development of our Nation and the World. “Drug abuse and illicit trafficking continues to have serious impacts on development and stability in Kenya especially among the youth. A NACADA study undertaken in 2016 observed that; alcohol use among Kenyans between aged 15-65 years stood at 12.2%, Tobacco at 8.3%, Khat 4.1% and Marijuana at 1.0%. Another study jointly undertaken by NACADA and KIPPRA in 2019 reported that the most readily available drugs for primary school children were tobacco at 41.9%, prescription drugs at 27.8%, alcohol at 25.9% and miraa at 23.1%, “he said.

The Vice Chancellor outlined the steps being taken by the University to deal with the drug abuse within the precincts on the University of Nairobi. He also challenged parents to take a more active role in monitoring their children’s behavior and activities.

The theme for the event was ‘Share facts on drugs, Save lives’, a message meant to save our children, youth and loved ones.